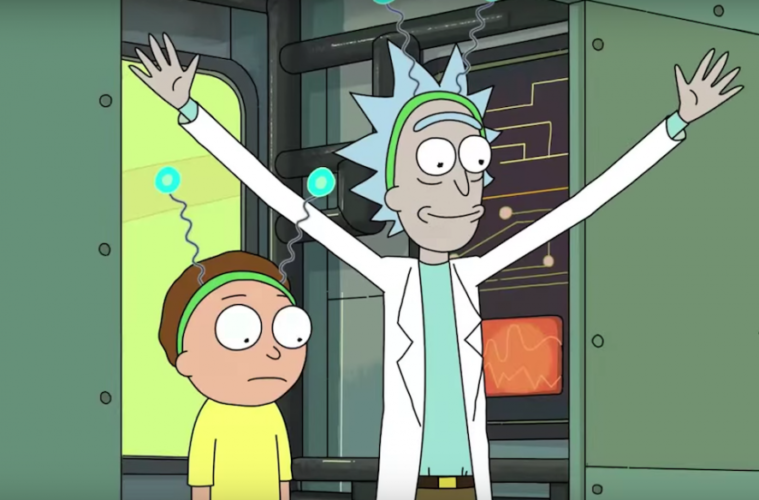 5 of the Best Netflix Adult Animated series you must watch

You need to try watching something else on Netflix, aren’t you tired of watching you regular series and movies? Why not try an animated adult series? Luckily for you we’ve made it easier by listing 5 of the best adult animated Netflix series.

BoJack Horseman is an ex-Hollywood star who’s trying to win his audience back and become relevant as a celebrity again. BoJack Horseman can best be described as a comedy-drama. And the main themes are depression, fame, and the endless search for identity. Be ready for some bittersweet humor, and disarmingly honest feelings. BoJack Horseman and other animals with human traits live side-by-side with human characters of the show, yet this world isn’t that different from the one we live in. This oddball dark dramedy from Netflix features Will Arnett as a self-loathing alcoholic horse in Hollywood dealing with depression after a past role on a popular ’90s sitcom gave him a feast of fleeting fame. BoJack Horseman has actually provided its rabid audience with unexpected drama and moving moments capable of rivaling any live-action TV series. Hilarious and devastating, irreverent and melancholy, this series slowly evolved into one of the most profound streaming experiences available.

Archer is an American adult animated sitcom created by Adam Reed. It follows the exploits of a dysfunctional group of secret agents. The suave, confident and devastatingly handsome Sterling Archer may be the world’s greatest spy, but he still has issues with his friends and colleagues who live to undermine and betray one another. Whether set in 1940s Los Angeles, the jungles of South America or the dangerous islands of the South Pacific, `Archer’, this animated comedy spans time and place to navigate Sterling, Lana, Malory, Cheryl/Carol/Charlotte, Cyril, Pam, Ray and Krieger’s misguided misadventures that range from attempting to save the world from nuclear disaster to selling illegal narcotics to Colombian cartels.

Rick and Morty is an American adult animated science fiction sitcom created by Justin Roiland and Dan Harmon. The series follows the misadventures of cynical mad scientist Rick Sanchez and his good-hearted but fretful grandson Morty Smith, who split their time between domestic life and interdimensional adventures. The series premiered on December 2, 2013, and the third season concluded on October 1, 2017. The show revolves around the adventures of the members of the Smith household, which consists of parents Jerry and Beth, their children Summer and Morty, and Beth’s father, Rick Sanchez, who lives with them as a guest. According to Justin Roiland, the family lives outside of Seattle in the U.S. state of Washington. The adventures of Rick and Morty, however, take place across an infinite number of realities, with the characters travelling to other planets and dimensions through portals and Rick’s flying car.

Even for a cartoon character, going through puberty isn’t easy for a young person. Andrew is learning that first hand as he experiences the nightmare that is growing up in this animated series geared toward adults. Along for the ride are friends Nick and Jessi, who develop a budding romance along the way. The series follows 7th grade best friends Nick Birch and Andrew Glouberman as they navigate their way through puberty and sexual arousal. Acting as sex-based shoulder angels are the hormone monsters; Maurice (who pesters Andrew and occasionally Nick and Jay, and strongly resembles Pan), and Connie (who pesters Jessi and occasionally Missy). Throughout the series, the kids interact with people and objects who are personified in one way or another and offer helpful, albeit confusing, advice in their puberty-filled lives including the ghost of Duke Ellington, a French accented Statue of Liberty, and a pillow capable of getting pregnant. The comedy veterans who lend their voices to “Big Mouth” include John Mulaney, Nick Kroll, Maya Rudolph and Jordan Peele.

F Is for Family is an American web animated sitcom created by Bill Burr and Michael Price and produced by Gaumont International Television and Vince Vaughn’s Wild West Television. The show premiered on December 18, 2015 to generally favorable reviews. Season 2 premiered May 30, 2017.On June 28, 2017, the show was renewed for a third season. Set in the 1970s, this animated raunchy comedy is inspired by the life of stand-up comic Bill Burr, who is a co-creator and executive producer of the series. Burr also voices the character of Frank Murphy, a short-tempered veteran who lives in the suburbs with his wife, Sue (Laura Dern) and their three children. Frank, who works at an airport, has a penchant for shoutingand profanity-filled rants. The series celebrates all things 1970s, including the lifestyle, the music, and all sorts of other nostalgic details.