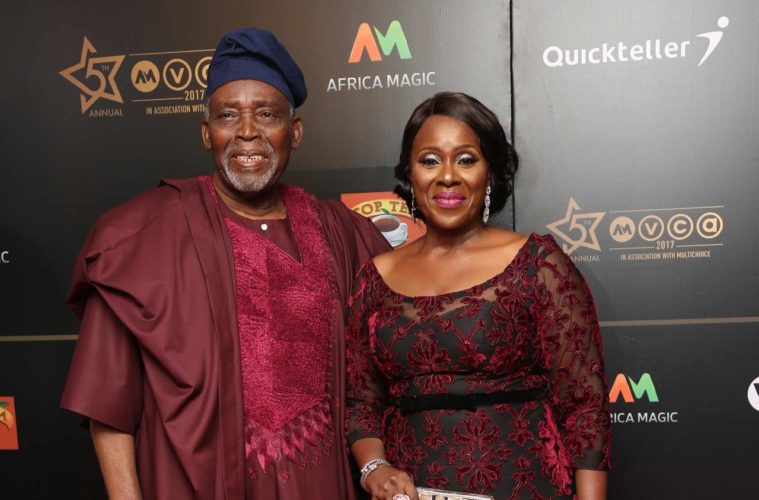 Love is such a beautiful thing! These couples have not only shown the beauty of love, they’ve also lived it. Let’s take a look at the most influential celebrity power couples.

You gotta love the power nollywood couple, Olu Jacobs and Joke SylvaI completely adore this couple! They are honestly the ultimate couple goals. The veteran couple gives us hope that love still exists. They’ve been married for 33 years and going strong and they are blessed with two sons.

This couple have been serving couple goals for over twenty years. The captain who is not in the industry understands what the industry entails. Along with his busy schedule as an airline pilot, it is admirable that the lovebirds have found a way that works for them. They have been married for twenty-two years and they have four children.

This couple has been married for eighteen years and they have three handsome sons.  It’s as if each passing day they look more and more alike, I guess it’s true when they say couples start to look alike after being together for so long. Omoni Oboli always lets us know that her husband is her biggest fan and has been supporting her for the many years they have been together.

This power couple have been married for 6 years and they never fail to slay together wherever they go. The musician and actress are always seen together. Patience, tolerance, compassion; love is nothing without these qualities and no couple exemplifies these more than the Idibias. It’s so beautiful how Annie has embraced the Idibia kids and she knows she has a role to play in their lives.

IK, married his sweetheart Olohije and it is quite evident that they are enjoying every bit of the marriage journey. In the 9 years, they have been blessed with a daughter and a son. They are absolutely so adorable and they joke around like young lovers. IK ceases every opportunity to admire his beautiful wife, and letting us know that she is his queen.

Tunde and Wunmi Obe, professionally known as T.W.O (Tunde, Wunmi Obe) are Nigerian show business couple, entertainers, television personalities and entrepreneurs. They met and began their music career as undergraduates in the 90s. They have been married for twenty years and they have three beautiful kids. 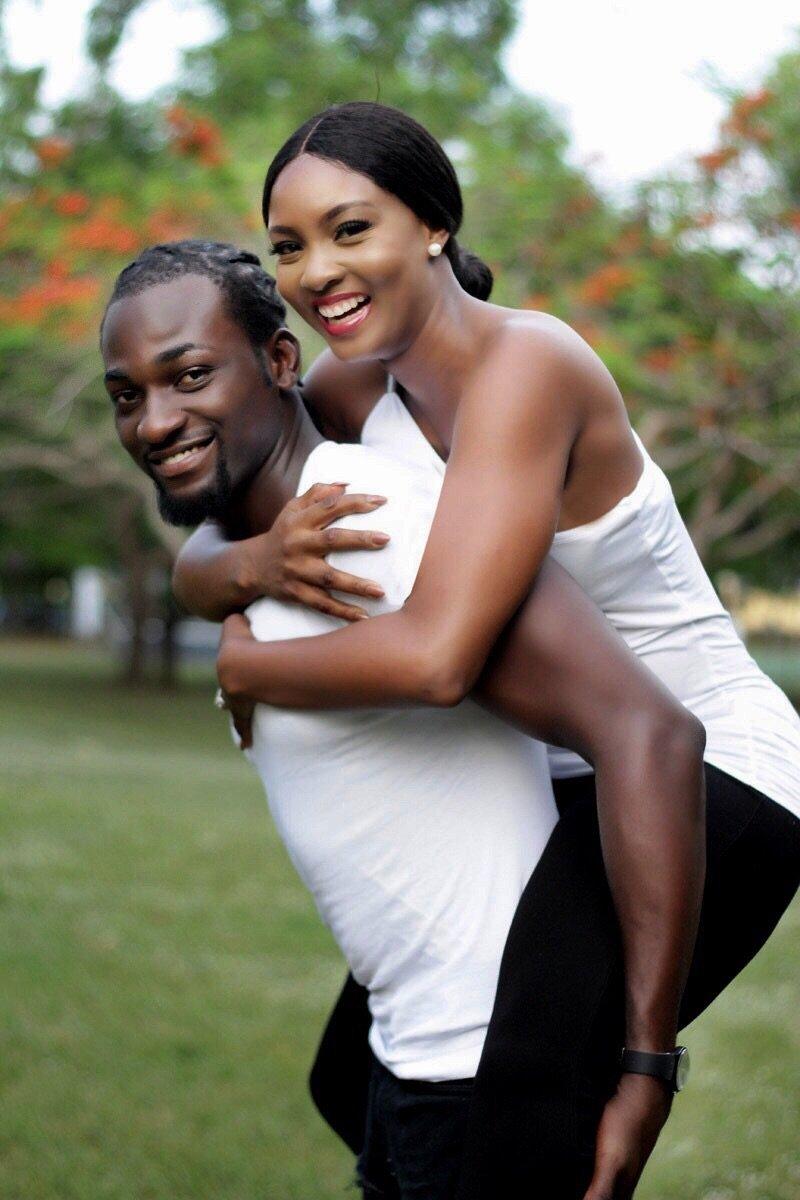 Nolly wood’s Tinsel couple have been married for three years and they have an adorable daughter. Osas is a Nigerian American actress and host, and Gbenro is a Nigerian actor, producer, model and presenter. Together, Gbenro and Osas make the ultimate power couple. The couple met on the set of Nollywood soap opera Tinsel and became best friends, and then went on to become a couple which then let to them walking down the aisle 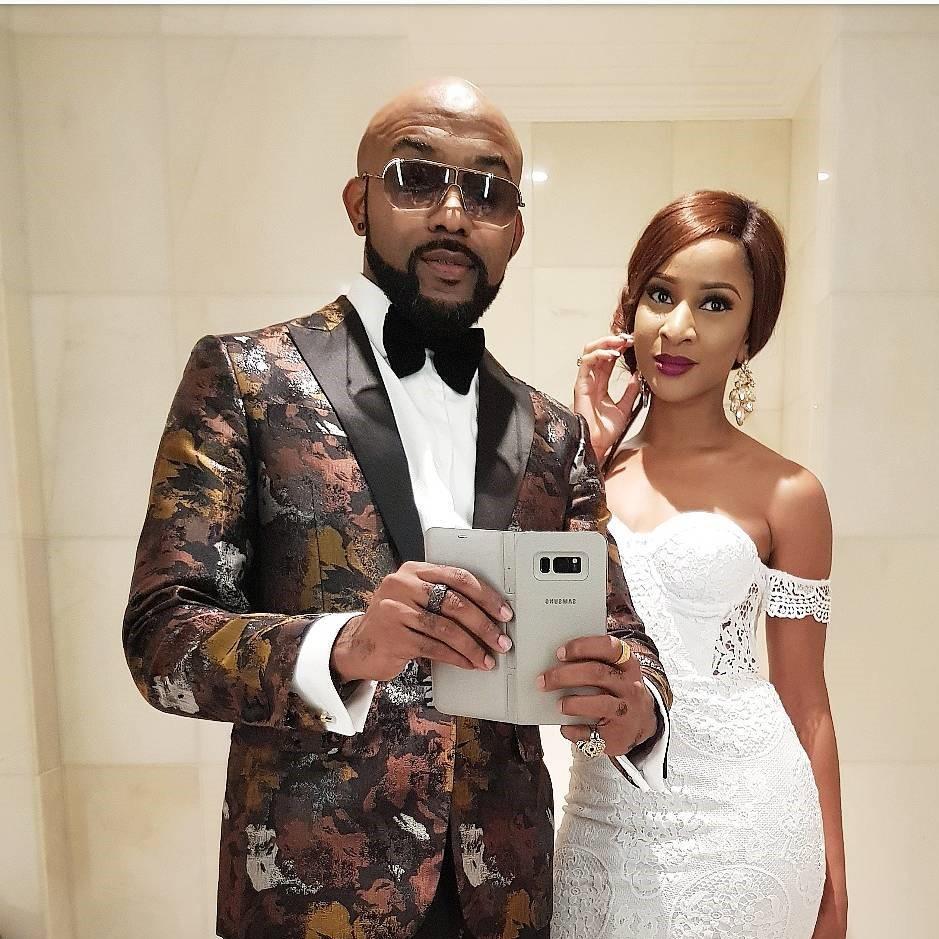 Banky said he first met Adesua in 2015 and after inquirying about her from her manager, Isioma, he went online to search for her and found her social media handles. Banky slid into Adesua’s DMs and that’s how the love story began. Banky W proposed to Adesua in February 2017, but didn’t inform the public until much later. Their wedding was the most anticipated wedding last year and it was a beautiful wedding. They are constantly always doing things together and always supporting one and other and we just can’t get enough of them.

ON Air personality, Toolz and her Pilot husband, Tunde have been married for two years and together they have a cute baby girl. Tunde and Toolz’s love tory actually started with a tweet where the captain tweeted “I have a tweet crush” and mentioned Toolz in the tweet. They’re marriage is very private and not much is known to the public but we do know that Tunde and Toolz are as in love now as they were when they started dating.

This Power couple has been married for 17 years and they have three wonderful boys. Tara Fela-Durotoye is a makeup artist and lawyer while Fela Durotoye is a business consultant, leadership expert, and motivational speaker. The influential couple are committed to making each other happy and are known to take vacations often. They make falling in love look so easy.

They are probably the most glamorous couple in Nigeria right now. Soni Irabor is a seasoned broadcaster and marketing communications icon, and Betty Irabor is a Nigerian columnist, philanthropist, writer, publisher and founder of Genevieve magazine.We couldn’t agre more that they are the ultimate power couple. They have been married for an amazing 35 years and they have 2 children. And they are still blossoming in love. They make marriage look easy , but according to Betty Irabor, marrying for the right reasons, Jesus Christ and the words “I am sorry” go a long way in making any marriage easy.