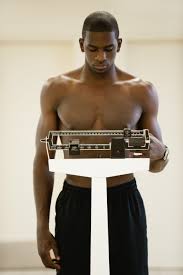 Okay, fit fam! It’s all fun and great to hit the gym and work all those fats and calories out of your body, but please stop telling us how easy it is to simply make a decision to lose weight and watch everything fall in place, because we just found out that that is not the case. Here are 5 weight loss myths that are actually untrue:

Weight loss is simply decision-making: Okay, first of all, I don’t think anyone ever sat around and thought ‘Oh I want to get fat, I’ll just make the decision to start eating as much fatty foods as possible’. So it is a little unfair to assume a person can simply decide to lose weight and the weight starts to come off. It takes more than that, even if they desperately want to. It just so happens that certain situations in people’s lives cause them to go through a phase where all the weight is gained, whether medical, emotional or mental. The body also has numerous hormones and biological pathways that are supposed to regulate body weight. For example, being resistant to the hormone leptin is a major cause of obesity, so that makes it nobody’s fault. Stop blaming us!

While the advice in itself seems reasonable enough, fact is that a major and sustained change in perspective and behavior is needed to lose weight with diet and exercise. Simply telling people to eat less and move more isn’t enough.

Nope. Calories make you fat. There is nothing uniquely fattening about fat, except that it is often found in junk foods with very high calorie-content. Diets that are high in fat (but low in carbs) have been shown to cause weight loss in numerous studies.

All You Need Is A Weightloss Diet

Darling, the truth is what you need is a change in lifestyle and mindset. In fact, you probably shouldn’t approach weight loss with a dieting mindset. Instead, make it a goal to change your lifestyle and become a healthier, happier and fitter person. Studies show that dieting almost never works in the long-term. 85% of people end up gaining the weight back within a year. So which category of people do you want to belong to? The ones who have become completely different people inside and outside, or the ones who just want to be thin, regardless of lifestyle.

The Thinner You Are, The Healthier You Are

First of all, people with anorexia are not healthy – at all. Now, people with obesity are not healthy either. So the problem is not in the size, it is in where the fat builds up in the body. If you have a lot of fat in the abdominal area, around the organs, then this type of fat is much more strongly associated with metabolic disease, which is bad. The fat that builds up under the skin, the subcutaneous fat, is more of a cosmetic problem. A skinny person with pot belly could have this as well, so don’t be deceived.