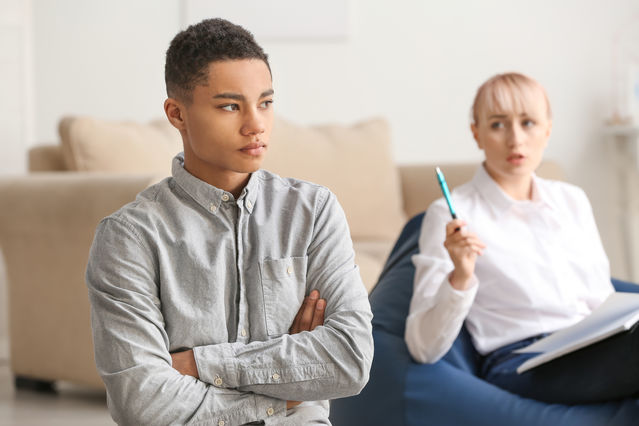 Therapy: Why do men feel like they do not need it?

Historically, men haven’t exactly been encouraged to express their emotions. With this in mind, it’s not a wonder that men don’t go to therapy. Researchers are trying to figure out why men tend to avoid therapy in favour of assuming the stereotype of the strong, silent type. Some people may be quick to joke that men have it easy in every other aspect of their lives, but when men are three times as likely to die by suicide as women, as the American Foundation for Suicide Prevention reports, the issue of making therapy available for men becomes very serious.

A lot of men struggle when it comes to expressing their feelings; men tend to go into “fix-it” mode instead of expressing themselves because apparently, that’s how they were wired. A lot of men have grown up with the mentality that they are the problem fixers; the people that come up with the solutions, not the people who create the problems. Men feel like they do not need a third party to help them handle their issues because they should be able to handle the issues themselves.

Men are often reluctant to buy into the principle that a stranger can, or should, be trusted to fix their problems. A lot of men find it hard to completely open up to a stranger, they do not buy into the premise of telling their business to a complete stranger and then paying for it.

Men tend to think they can do everything by themselves, and not necessarily because of ego. It’s a pressure they put on themselves to take care of the people they care about. Most times, by thinking they can fix it, they can easily cross the line into controlling behaviour without even knowing it. What men don’t know is, therapy helps them let go of what they can’t control, and just focus on themselves.

Seeing a therapist doesn’t mean you have problems. It means you want to be a healthier better version of yourself. Meanwhile, professional therapists could fill an empty space for men who need to talk about what’s bothering them – therapy teaches you the ability to trust and open up.

Because therapists are trained to help you explore and process feelings, seeing a therapist is like visiting an emotional gym and exercising expression muscles. Once you have the ability to express yourself, you can be present, and create a safe space for you and everyone around you.. One of the best things a man can do for himself is go to therapy.

Mind you, we’re not saying that everyone needs therapy, but if you feel like you do, don’t let your inability to express your emotions stop you, do not tell yourself that you can fix it by yourself and that you do not need anyone else’s help. It all starts from that one therapy session.