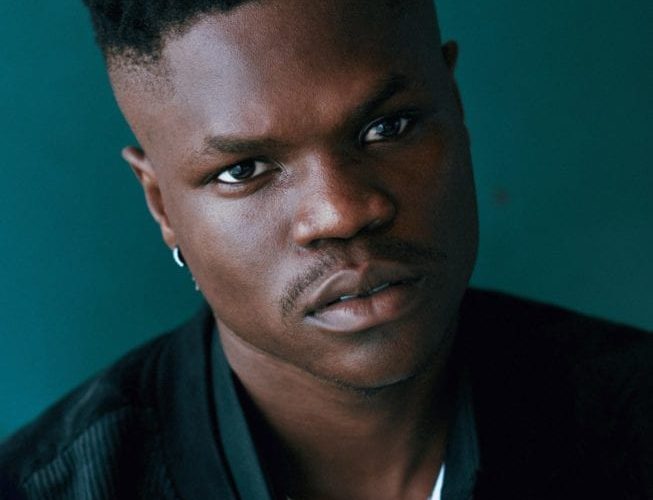 TOP 5 next rated ACTS IN THE NIGERIAN MUSIC INDUSTRY

The Nigerian music industry as we know it, is one very competitive creative industry. Why? There’s always a tussle for breaking out and going mainstream from every new act in the industry. Consequently, the Nigerian industry is the pace-setter for the export of Afro-beats.

Arguably one of the most successful debuts into the Nigerian music industry we’ve seen in a while, his singles “Hello Brother” and “Do not Disturb” back in 2019 got quite a lot of attention and showed everyone his talent. Subsequently, his 2020 single “You” which soared through the charts and got a lot of airplay, was another testament to his amazing talent.

With the aim of cementing himself in the music industry, he shared his EP “Get Layd” – which he released in May 2020. The debut EP did just that – it created a major upset in the Nigerian music charts with the songs practically building houses at the top of the charts. The rest, they say, is history; as he has since then sealed his presence in the industry – even getting support and recognition from the A-listers in the industry. These remarkable feats landed him a collaboration with Wizkid and Adekunle Gold brought together by DJ Tunez.

Omah Lay is surely a promising star in the Nigerian Music industry, and his way to stardom.

Undoubtedly, it can be said that the name; Tems, is now a household name. Although she’s got just quite a number of songs released, her outstanding work has shown her talent and passion towards her art. Quality over quantity right?

From her addictive voice (which is hard to resist), her melodies and great vocals, have made it easy for her to stand out from the pool of people. Her breakout came in 2018 with “Mr. Rebel”, which was quickly followed up with “Looku Looku”. “Try me” – which is undoubtedly her biggest hit yet, came in the early days of 2019 and ruled the airways till the end of the year. These songs proved her prowess vocally and in songwriting. They say great recognizes great and her stand out style earned her a collaboration with US star Khalid alongside Davido on “Know Your Worth”. With that, one can say she’s already becoming an international sensation.

In an interview with Fader, she talked about her journey extensively and how it’s been a long road towards breaking out. She also talked about how her passion and resilience has brought her to this point. The future of the Nigerian music industry is definitely in good hands. With the likes of Tems following in the footsteps of great women in the industry like; Tiwa Savage & Yemi Alade.

Wani Wonder -as he’s popularly called, is an artist to reckon with. Trailing on the tracks for a long time now, and leaving his prints on features, where he proves time and time again he’s one of the best around if you’re looking for that killer hook and chorus. His organic growth through the years without any major promotion or gargantuan record label support is one of the reasons his fans hold him in high esteem.

Wani’s debut project “Lagos City Vice” Ep back in 2018 saw him slowly creeping into our hearts. With his prolific ability to infuse nostalgic references for instantly likable Afropop music, it’s very hard to miss; even when you’re not paying attention. Quite a number of artists in the Nigerian music industry have gone to him for the golden touch on their tracks. He’s been trusted by many artistes to spice up their songs with great hooks or choruses. Some of these include; Show Dem Camp, DRB Lasgidi group, Odunsi the Engine, Adey.

For Chike, hard work and resilience have been the watchwords for him towards his journey to becoming a sensation in the Nigerian music industry. He first became a public figure after coming out top 10 on the “MTN Project Fame” singing competition. Shortly after, he made a comeback on “The Voice Nigeria” in 2016 where he finished first runner-up. This shows the amount of dedication and passion he has towards music.

Subsequently, he released a few singles since then, but no one anticipated the masterpiece he dropped at the beginning of 2020 – which skyrocketed his career. An album – “Boo of the Booless” which housed chart-topping hit songs like “Nakupenda” and “Beautiful People”.

Chike took great advantage of the changing Nigeria soundscape and brought out his own spectacular blend of Afro-RnB into the light. This was largely accepted and has now given him a place in the mainstream music consciousness.

The name behind what is unquestionably one of the biggest songs of 2020 – “MJ”, Bad Boy Timz made his breakthrough with this record-smashing single. A jam that got us all on our feet dancing and singing out loud to the very catchy hook and chorus of the song.

He first got our attention on his “Timz” EP back in 2019 where he gave us undiluted romantic Afrobeats vibes in the 6-song project. His talent became undisputable when he followed up with “MJ” and the Nigerian music industry got wind that there’s a new rookie coming through. A song so good, even the remix’s with Mayorkun, and Teni got to the top of the Apple music charts just as the original song.

Talents like this are here to stay and Bad Boy Timz certainly and definitely still has a lot more to give us, watch that space.

With these names and a few more others, it’s evident that the Nigerian music industry is still going to enjoy a lot of success in the future as it is experiencing now.

Was there any name we left out? Tell us in the comments section below!