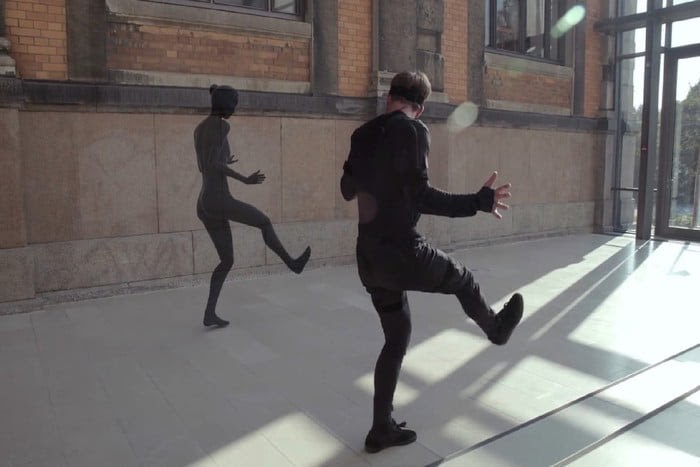 I was wondering a while ago; what it would take to own an animation company in this modern day. You would think that after such advancement and relatively cheap technologies out there, laymen like us would be able to afford to own one. Well, it isn’t that straightforward. Here is my animation story.

My research began with motion capture technology. Before I go into details, I think it would make sense to take from the beginning, What is Motion Capture Technology? In terms of animation, it is basically getting the movement of objects or animals, then taking this information into a system to animate characters. That’s the best way I can explain it really. It is just that straight to the point.

There are basically two types of Mocap Technology Systems. The ones where you use cameras to track the movement using sensors attached to the body(Optical Systems) and the ones where a Mocap suit is worn and sensors on the suit send the information directly to the  system(Non-Optical Systems).

We can stay here and further break these down because the mocap world has a lot of unique and interesting ways of capturing movement. The physics and mathematics involved in the technology provides different ways of interpreting and transforming objects in 3d space but I am really not here to talk about the technology involved. I just want to find the best mocap system I can afford.

I personally think that the Optical systems should be used for gait analysis and other really technical sensitive systems. It uses cameras along with sensors to track the movement of an individual with a given space. The information gotten is usually more detailed and accurate.

Image by Nikhil from {https://bit.ly/2KSShzj}

To the best of my knowledge, Aiken Labs were the first to build a commercially viable non-optical mocap system. It used radio based remote 3d sensors. With up to 9 axis of sensitivity to it, including gyroscopes, accelerometers and magnetometers. All these data is used to find the position of the object or person it is connected to in 3d space. This system could be used mainly on objects. I believe one of its main applications was in gaming. I am not sure if the company is still functioning now though but I know they helped start the non-optical mocap system disrupt we see today.

Image by Tuan Mai from {https://bit.ly/2MssiUa}

There are some pretty impressive non-optical systems out there. There are however, currently two systems in the market that “we” can afford. The first is Rokoko which is about $2895 and The Perception Neuron which is cheaper at about $1500. These two are really the best you can get in the market for the price range. I know the price is still high but it’s nothing compared to the ones big movie studios use, which can go for up to $40,000.

The smart pro suit is the latest in the mocap system Rokoko currently has. The package comes with 19x sensors, 19x cables, one power cable, one hub, one textile suit and one waterproof cover.

Image by Luke Dormehl from {https://bit.ly/2Pfcenm}

I still find it fascinating though, that we have gotten to that level where you can put on a mocap suit and your actions are mimicked by a character in a system in real-time.

Some companies like Miney moe and Enter Yes are among the growing companies that are already using this amazing Rekoko technology to do fantastic things.

The Perception Neuron has been the talk around town for a while now because of its cost and its functionality. The box comes with 32 Perception Neuron Sensors, 1 Hub, 2 Anti-MAG Neuron Container, 1 Hub Power USB Cable, 1 Hub Signal USB Cable, 1 Full Body Strap, 2 Set of wrist/hand/finger straps (one left and one right), 5 Dummy Neuron, 2 Dummy Plug, 1 Checklist and Warranty Card and a Universal Strap… I believe you understand now.

Dawn of Thunder, an upcoming animation series created by Komotion Studio; a Nigerian animation studio has used this technology. You can check out their teaser video here {https://bit.ly/2xZtS7M}

Truthfully, I prefer the Perception Neuron technology. It looks more compatible and easier to assemble and put on. It also looks like I would be able to play around with the tech. The Smart Pro’s suit has most of its tech inside the suit, which would make it a little difficult to play with.

The thing is, the non-optical system really isn’t a perfect system yet or it isn’t as perfect as the conventional Optical system. Some users have complained about the calibration, the characters sliding, the network and even the accuracy of the character movements. Compared to the top level systems, the Rekoko and Perception Neuron systems are still really good.

I plan on getting the Perception Neuron really soon by the way. I would love to see what it can do. Once I get it, I would give a more detailed review on it.